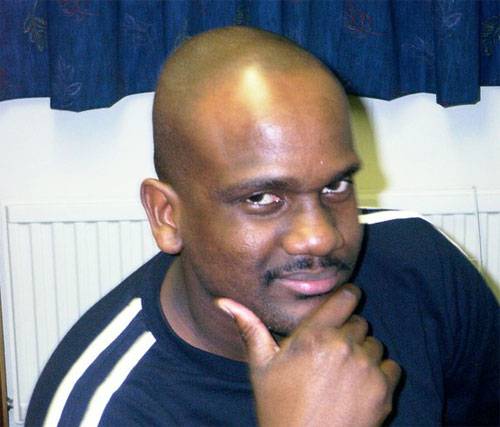 Philip Kafulam Luswata, is a practicing theatre artist and has been in the theatre and television industry for the past 20 years as a student, actor, teacher and writer. He was in Sundance, USA in 2004 and while there was inspired to write Nasty Good Story’ a play on the battle of getting through a creative piece. This play was produced twice at the Uganda National Theatre in May 2006. He has written for stage, television and feature films in Nairobi and Kampala and a key member of the production team of Uganda’s Theatre Factory weekly comedy shows that went  on uninterrupted for six years till 2012.  He teaches at the department of Music, Dance and Drama in Makerere University. He owns a diploma is Music, Dance and Drama, a bachelor’s degree of Arts Drama from Makerere University and an MA in Communication Studies from the Leeds University.  He has written plays like Quiet and We hear which was adapted into a radio drama for the BBC,  was part of the team that wrote a Uganda TV drama called Centre 4. He was part of the team that wrote and produced a Kenyan TV Drama called Makutano Junction, He also worked on a series for the M-net called Maka Close and also for NTV-Uganda called Barbed Wire. This thus evidences to the fact that he is currently in the creation of theatre pieces.

Philip Kafuluma Luswata is founder and director of the Theatre Factory at the National Theatre in Kampala, Uganda. One of Uganda’s top comedians, Philip has taught drama at Makerere University, writes for and appears in the top East African television drama series Makutano Junction and Center 4. In the early 2000, he was the only Uganda actor that graced the much known Egoli TV series. He has written, acted in and produced a couple of stage plays, feature films, television commercials and series, radio drama series and plays, one of which, Quiet and We Hear, received considerable play on BBC radio. Philip has been to the Royal Court Theatre Residence in London and also to Sundance Institute Theatre Lab in Utah as an observer. He is one of the 2011 Sundance Institute East Africa lab alumni. Philip boasts the big achievement of being voted one of a hundred personalities of the year 2000 by one of Uganda’s leading dailies the New Vision newspaper. He is an Alumni of PACSEA Project- Performing Arts Cooperation between Sweden and East Africa where he developed as cript CRAZY STORM that was performed here in Uganda and also in Ethiopia. He best describes himself as “ I am PhilipLuswata and I am theatre”. He so passionate about art and is one of the professional art practitioners Uganda has had. Recently he acted and produced Meaza Worku’s play Desperate to Fight. He holds a Diploma in Music, Dance and Drama, a B. A. in Drama, both of Makerere University, and an M.A. Communication Studies of Leeds University, UK. Luswata currently teaches theatre at Kyambogo University in Kampala, Uganda and at Makerere University Performing Arts and Film and working with a number of organization that use theatre as medium of communication and social mobilization.